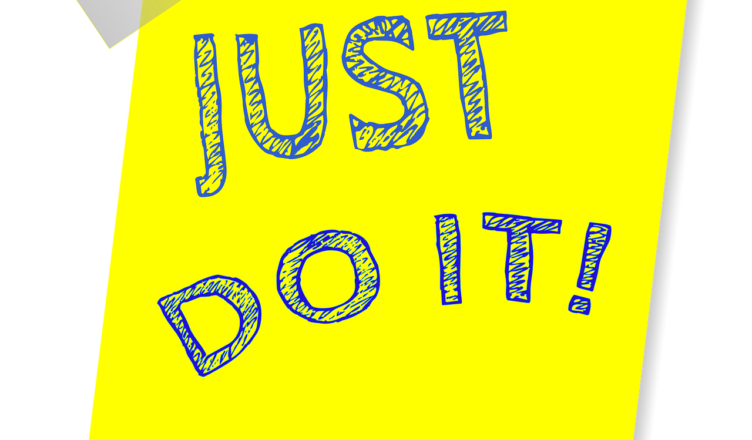 When was the last time that you went to achieve something you whole-heartedly wanted? It’s high time, get rid of your inactivity and start!

What is keeping you waiting? Is it the fear or the feeling that you haven’t done enough research on how your idea would pan out or is it a mere procrastination? On proximate observation you would be dazed to discover that every reason you have ever given in support of your not starting sooner would go down to nothing but your lethargy. Yes, you heard it right, you are a sluggish fellow and you keep on pushing your ideas until you no longer believe in their achievability.

You are well aware of the ‘first step’ of your ‘big idea’, you certainly know whether your skills are enough to get that right or you require some external help. Then why are you still allowing yourself to sit lousily and ponder over thoughts of creating something big?If you really want something then show some signs that you really care about that idea of yours.

Now, words are not enough to get you started so, let’s take a look at some of the young talents who started working on their ideas as soon as they discovered what they really wanted.Despite the startup culture not being widely accepted in our country, we have got a number of young entrepreneurs to celebrate.

Saman Pahwa, a 22-year old Delhite, chose to be an entrepreneur despite of facing strong disapproval from his parents. He realized the need of a proper gift market which wouldn’t left the buyers with limited options like Hallmark and Archie’s. Thus, quitting his MNC job at Gurgaon, Saman followed his passion of building ‘Handmade Junction’, via which one can order customized, handmade gifts online and get it delivered to them. The company founded on April 2015 has already earned a revenue of Rs. 34 lakhs. A guy of 22 with the help of his brother Simran Jeet Singh brought about this miracle.

Nishant Vijaykumar, a guy of 25 who has already grabbed the founding title of three food outlets in Chennai within a span of 11 months. Nishant, graduating as a gold medalist from the Welcomegroup Graduate school of Hotel Administration in Manipal worked at ITC in Chennai. That was the time when he decided to break the shackles and go his own way.  “I knew that working in hotels was not my cup of tea. Anyone could replace me in the job I was doing; I wanted to make a difference by creating some value. I didn’t want to look back and ask myself why I didn’t take that risk. Whether I failed or succeeded, at least I took that step,” Nishant told The Hindu.

By now there’s no one who is unknown of this stunning 24-year old genius Shrikanth Bolla whose fate of being born blind in a poor family couldn’t stop him from building a 50-crore company,Bollant Industries. Even at the age of 23 Shrikanth has come a long way, fight his way through the societal norms and finally building four production plants.

These young entrepreneurs indeed make us feel competitive. Anyways, the prime takeaway from this article is that, it’s never too late or too soon to start working on your ideas. Because there must not come a time in your life when you look up to something and say to yourself “I could’ve done this”. That idea of yours deserves to be tested.

(Source of the examples: yourstory.com)