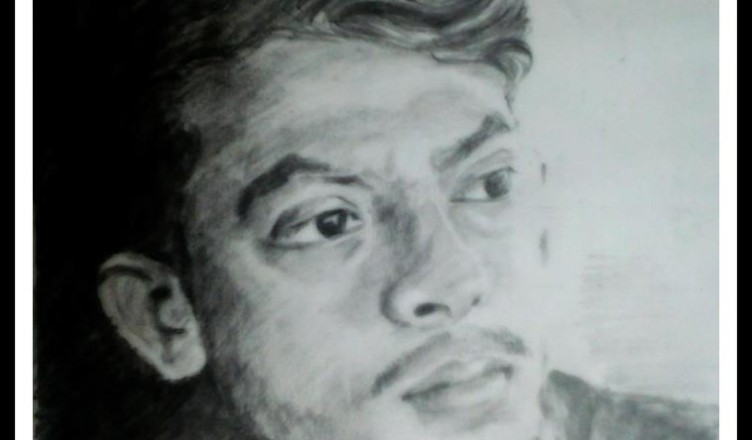 Standing at the brink of my life at college, I can tell you that a large part of the memories that you have from this part of the world comes through your seniors. They initiate us into proper adulthood, each having his instrument for that transition. From formidable, distant urban legend figures, they grow over time with us, and a bond is formed which is quite distinct from friendship yet retaining the essential proximity; the bond of two siblings. There are uninhibited, unbridled emotional vortexes, yet there are marked territorial lines that one respects against transgression. Such was the nature of the bonds that I had shared with my beloved seniors. Many were dear, some more than others, and I was fortunate enough to know some who left an impact upon my life, determining my orientation by large, setting an example for me to follow. For a moment, even if I kept my personal predilections aside, I can think of one name. One man, who was an outstanding specimen of a dynamic young adult, the type these newspapers clamor about on World Youth Day. One man, the like of whom NIT Silchar will perhaps never see again – Samujjal Das.

I met Samujjal Da(s) comparatively too late, for by then I had heard too much about him. We came across on an alternative history writing competition. One of the topics concerned an alternative narration of Hitler’s course, and Samujjal Da wrote on ferociously till late. One of my friends told me in hushed whispers that he was a great fan of the Fuhrer, a scholar on Third Reich; it must be Hitler’s topic that he was writing so much on. I was rather intimidated by the passionate twitching of his brows, as he scribbled fast with rapt concentration, his arms tense with the grip on the pen. I wasn’t surprised as time rolled, and rolled Samujjal Da with it, leaving a resplendent trail of the spectrum that constituted his personality. As the music secretary, he was best known for his inimitable booming baritone, and best recognized by his Saul Hudson fuzzy hairdo. He brought the rock culture of Thundermarch to new heights, at the same time not being estranged from the classical ties of Spic Macay concerts, so when he lay his claim to the post of General Secretary, everyone acceded without opposition; such was the respect that the college fraternity had in him. Fearless, bold and a man who never minced honest words, he led from the front and took his stands fiercely. Diminutive in frame but with guts of steel, I do not expect that I shall ever see the likes of him again.

Samujjal Das was a man who had to fit in many roles at the same time. He was a proud 4th Frolican as well as a stakeholder in pan-hostel unity. A lover of music (singing aloud with gay abandon as he walked through corridors) to whom the stage was addicted to; on the contrast he usually was also the skipper of the teams who made sure that events were staged.  A lover of a quasi-Nazi style of governance, as well as the person whom the college looked towards for a fair settlement whenever situations turned threatening. His greatness lied in the beautiful way through which he fulfilled all these roles all at once, and with superlative effect and surprising ease. Being a leader came naturally to him. He led through his powerful diction, his intimidating personality, but most of all, he led through example. During days of incandescence, he was always seen moving around the campus, talking urgently on phone in one hand and a Reynolds fountain pen in another. Though with weary eyes, he used to smile at me when we came across on such occasions. ‘Bahut kaam hai baal. Time nikal raha hai.”

Power corrupts, but Samujjal Das absolutely doesn’t. Most join the Gymkhana for the glamour, others join it for making money. But Samujjal Da joined because he was an individual who was a true perfectionist; he could never stand chaos (those who have worked under him know it only too well). He devoted himself making the college a better place for us, and when his tenure passed, we looked back and sighed as we do now, ‘Ah! He was some man!’
Recently, he volunteered for arranging the treatment for a brain tumor afflicted boy from Silchar, funds for which were collected by the students and residents of the town. He arranged for the stay and treatment of the boy at Bangalore, and when the boy was discharged, Samujjal Da sent the expenditure details of all the money from the donation that was spent in the process: my friend told me that not even a single paisa was amiss; each and every penny was accounted for, methodically. I have never seen a leader so selfless. Leaders usually have motive. In absence of any other motive, charisma serves as the de-facto. But Samujjal Da assumes the role of a leader, yet serves like a humble servant. Away from everything, believing in the credo of one of his idols, Subhash Chandra Bose, who famously said, ‘Work is worship.’

India needs leaders like Samujjal Das. One day, I am sure, our country is going to get a fine IAS officer, and may be a terrific political leader at a later date. You are the hero of NIT Silchar, Samujjal Das. May you continue to inspire us.