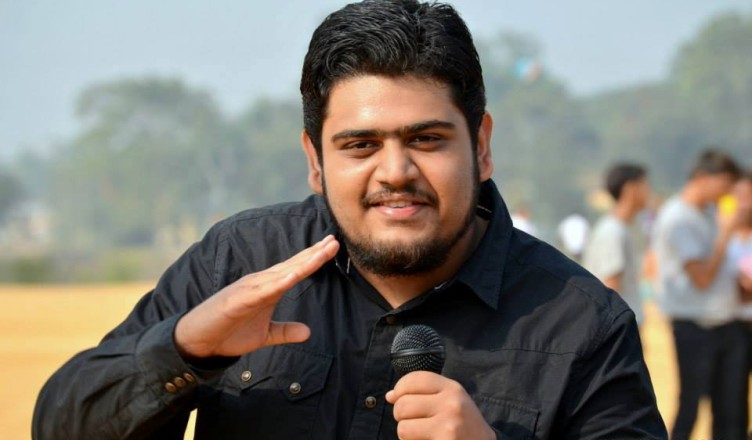 As the four years of my engineering life has come to an end, I look back at the unbridled freedom it brought along and the lovely companionship I experienced during this time. This article is about a jajabor (wanderer), a dreamer who was lucky to be guided by kind people and got the opportunities to have his dreams answered.

1st year was all about meeting new people, coping with hostel life and its food and we formed a camaraderie which was to form a base for our next three years in the institute. I was until then a serious student but then started skipping classes for watching series, movie marathons or just to escape hangover from late night parties. This inebriation became an indispensable act for not only me but most of my batchmates, it was not only an escape route but also a destination for soothing music and intellectual talks. Half of my college time must have been through this alley only.

I was introduced to the drama scene in NITS by my friend Samujjwal. I met a smiling senior called Bhaskar da, the drama secretary then and a rather stern lady called Deepanwita who was also my senior. We started practicing and this continued for almost a fortnight. I was to play the role of infamous Gabbar Singh which I was sure I had earned for my fat bearded looks, my shabby hostel look! The D Day arrived and I garnered many praises for my comic role. I came to be known as Gabbar for the next two years. I realized something that day, being on the stage in front of a thousand people gave a kick, a pleasing high and I began to pursue it. College life from then onwards was to be all about extra curriculars, late night partying and last minute studies.

Seldom had I noticed the buttons of my shirt least forget staring at it for hours. But such was the fear created by our seniors that disobeying a single act seemed at that point life threatening. This is the only time which seems unbearable at that time but now brings back fond memories- Ragging. I do not endorse it but within acceptable limits it is fun amongst ‘sporting’ people. I was elected Drama Clun Secretary at the end of 2nd year. This led me to explore new drama scenario in our college be it introduction of street plays, dance drama or movie weekends. Acting has always been synonymous with spontaneity for me. It was an exhilarating experience always to sit down writing scripts. Debauchery and mindless humour always followed in these meetings. I had the fine opportunity to meet some extremely talented juniors like Piyush, Arindam , Sandipan, Bhargav, Abu etc. I also had a rare opportunity to meet with The Viral Fever (TVF) creator Arunabh Kumar and stand ups Vipul Goyal and Deepak Mishra. I expected them to be quite arrogant but on the contrary they were so warm and welcoming.

Elections in NITS are always messy, full on regionalist propaganda shit and immature hate slogans. I could overcome this and become the General Secretary of our college. Being a leader always intrigued me as it was overwhelming to watch the impact of good decisions on the people around you. I still ruminate joyfully as I come across the thank you messages for some of my works during my tenure. The tool for measuring a good leader is the happiness utility and sustainable development. I was lucky to have got the opportunity to fight for my people during the attendance back issue or to have introduced free bus services to airport and railway station. Of course I do not claim singular credit for them as I am just another brick in the wall (Pink Floyd effect ;)). One of the important lessons I learnt about leadership which I could never have acquired from books is that “Some people are going to hate you no matter what and some people will love you no matter what. It’s upto you whether you want to have a pleasing personality or an appeasing one”.

This is all I could conjure from my petty mind. Thank you Ipshita for asking me to write something!