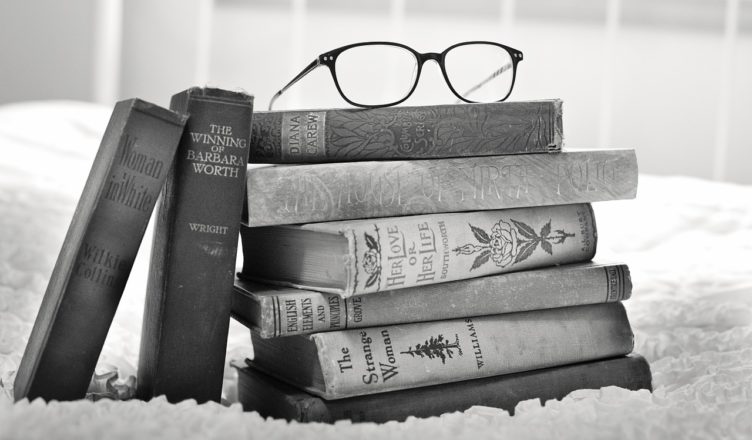 “Pen is mightier than sword”…How far can we agree to this? “Our words have the power to build up or tear down”… King Solomon, author of most of the Old Testament book of Proverbs wrote, “The tongue has the power of life and death, and those who love it will eat its fruit”.

Words do more than just conveying information. It has the power of healing, giving hope, energizing as well as discouraging, hurting, destroying. Their potential is not restricted to exacerbating wounds, words indeed either directly or indirectly are the cardinal driver of every happening.

In Nelson Mandela’s words, “It is never my custom to use words lightly. If 27 years in prison have done anything to us, it was to use the silence of solitude to make us understand how precious words are, and how real speech is in its  impact on the way people live and die.” This clearly shows his belief on the power of words.

Keeping aside “The Bible” and “The Quran”, whose role in shaping the world stands the strongest, here’s a list of books (or let’s say words) whose influences cannot be overshadowed.

This book was originally published in German with little impact at the time of his release. But, by 1950, its ideas had spread far and wide to the extent of driving nearly a half of the world population to follow Marxist philosophy.

At a time when Paris was the heart of Socialist ideology, Marx joined by Friedrich Engels came up with Communism, an extreme form of Socialism. The Communism ideology meant to destroy the Capitalist world with the help of revolution by the proletarians.

Marx wrote ‘The Communist Manifesto’ in January 1848, at Brussels. The dramatic opening words were, “A spectre is haunting Europe- the spectre of communism”. The ending words were, “The proletarians have nothing to lose but their chains. They have a world to win. Workers of the world, unite!”

Thomas Paine’s influence on American Democracy and Democracy in general is consequential.

‘The Rights of Man’, penned down during the time of French Revolution, of which Paine was a part as a member of the French National Assembly. ‘Rights of Man’ is a congregation of several books that explores beyond the context of revolution and inspects the nature of human rights. His belief that for peace to prevail, government institutions should adopt itself on the basis of human rights.

This is one of those books which has revolutionized modern society. Freud founded psychoanalysis for treating mental illness and explaining human behavior.

Although his work had become subjected to relentless criticism, his influence on 20th century is undeniable.

According to Freud, after a person goes to sleep, his dreams are his only way to stay awake. A sleeping person’s mind uses dreams in order to deal with the real world. He further proposes that analysis of a person’s dreams can be used to inspect his desires.

The age old belief that dreams are spiritual interventions or are controlled by God hadn’t been wiped out by the time Freud’s book released. This resulted in no further investigation being carried out on the subject matter immediately. However, the book succeeded in fueling interests later and gradually several theories evolved on similar subject.

Elements, till date is considered the most important book of mathematics. Its revolutionary nature is attributed to its nature of reveling how mathematicians do mathematics.

The logical deductions of theorems from simple set of assumptions gave this book much popularity among all level of readers. What makes Elements most special is the fact that, the theorems proved here holds true even today.

It is said, “Perhaps no book other than The Bible can boast so many editions, and, certainly, no mathematical work has had an influence comparable”.

Understanding of “The Analects” by Confucius is a prerequisite to understanding China and its people.

For most of the people of China, some lines of Bible would be bewildering. For example: Bible says, “Love your enemies and pray for those who persecute you”. Whereas Confucius said, “It is only the truly virtuous man who can love and hate others.” This is how hate becomes a moral responsibility for a Chinese man whenever required.

It is interesting to see that throughout the Chinese history, all emperors including the communist leaders have followed Confucianism. Such was the influence of his words.

This book literally changed the way one can think about the world. It’s not just the biologists or the zoologists who are found to delve deeper into the subject matter proposed by Darwin.

Such is the power of words!