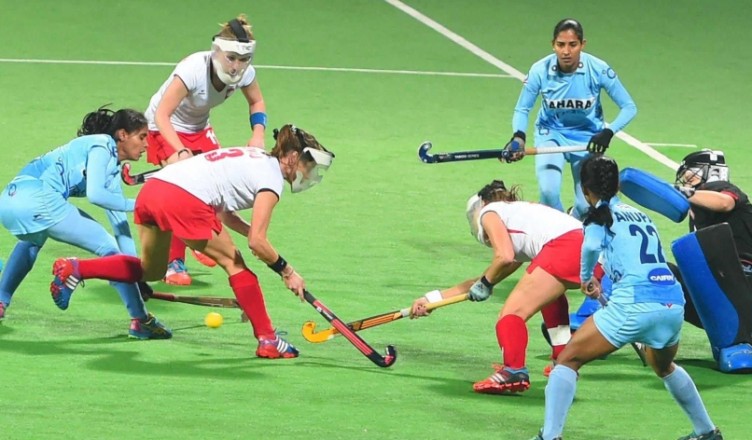 Yes, it’s Chak De time for India. While you are busy watching the Cricket World Cup 2015, make sure you don’t miss out on an elating update about our own national sport, Hockey.

“India’s women hockey team beat Poland by 3-1 to become the champions at FIH World Hockey League Round 2. Now that’s something to be proud of.”

India played consistently well in the entire game and scored once each in three of the four quarters. The woman of honor is the player Vandana Kataria who was the top scorer of the entire tournament with a total of 11 goals. Not only that, the performance of the Indian team was outstanding throughout the tournament and it is evident from the fact that it scored a total of 39 goals in all. India’s win or loss was equally likely at the half-time with a score of 1-1 when Poland’s player Oriana Walasek had scored off a penalty. But the tie was broken by Rani Rampal who made a goal at the 44th minute and placed India ahead. After that the team did not loosen the grip on the match and kept moving towards victory.

Now if India’s team makes through the FIH World Hockey League Round 3, it will become eligible for the Rio Olympics 2016 which will be a matter of great pride.

Wouldn’t it be amazing if we can take off our cricket shoes and celebrate these women and their amazing win for a day? Let us give them the appreciation they deserve by making sure that every Indian gets to know about it and feels proud about it.