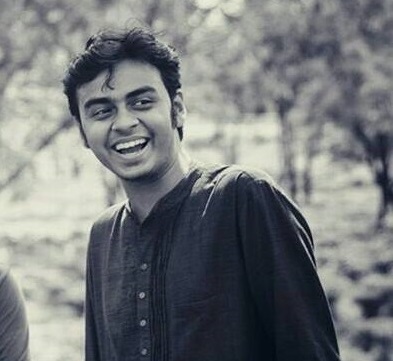 Buried into deep oblivion…a lot of thoughts running across his minds..It was very hard for him to imbibe that he would soon depart from his place. The boy had no other option but to leave the place where he had spent his formative days. He was so much in love with his place that he had not left a single stone unturned that would thwart him from leaving his place, family, companions..his everything.. You call it Homesick?? Yep.. maybe he was homesick..and it’s nothing absurd as he was still in his boyhood. At this fag end of boyhood …he could still hear the giggles of his childhood, there were flashes of those abandoned lands where he used play from dawn to dusk during vacations which have now been converted into luxurious housing societies, endless gossips with mates, fun filled 6 hours of school..Once this was his life..the time he can relish upon all throughout his life.. He is always accused of being less expressive..probably it was true to some extent..Maybe continuous blabbering was not his portfolio..probably his ways of analysing or expressing the things were a bit different..very few have understood this, more precisely “very few tried to understand that”. Still he has no regrets with the place. It has gifted him EVERYTHING, perhaps more then he deserved 🙂 that “EVERYTHING” ranges from his first attempt at writing the letter “A” to his felicitation with the degree of Bachelor in Technology, it ranges from those days when he took his first steps holding the fingers of his father sturdily to the day when he voiced “Papa you can retire now, your younger version is ready to shoulder the responsibilities” 🙂 , it ranges fluffy fluttering fascinating first crush to finding the love of his life, it ranges from transforming some strangers to the most valuable persons of life.. be it friends, brothers or sisters..they are more valuable than some so called blood relations. The certificate conferred to him may be weighed only a few grams, but when he took it in his hands it was too heavy for him to embrace it, as it was the condensed abridgement of his dreams since childhood. It may also be seen as his license or authorisation to Manhood. It was a solace for him. He has set afloat shedding tears along with his childhood a long ago. Now even if he got sad, he would seldom cry. He used to pen down his feelings, so as to vent out his emotions. Wiping his eyelashes he cuddled the new phase of his life,  with an indisputable realisation that now a Elaichi wala evening tea and a puff of Gudangaram would be much gratifying than PlayStation.

P.S :- Sometimes you have to ruffle up a few feathers or lose yourself to dig up who you are !!! 🙂