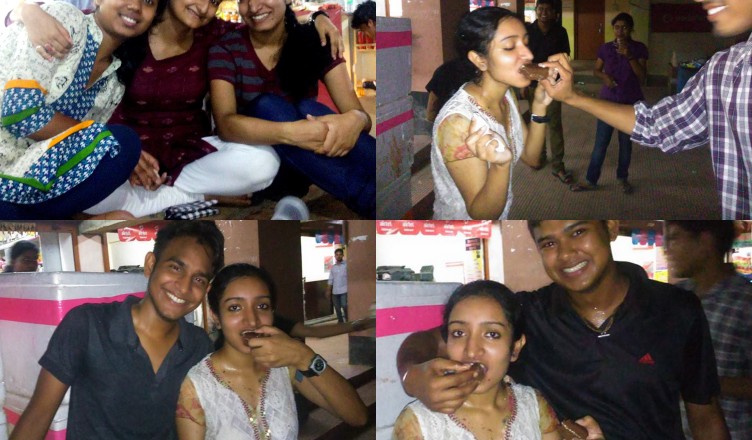 After quite a long time, there finally comes a day when probably nothing can go wrong. Name it the call of destiny or a mere luck by chance but that’s definitely the best thing that can happen to someone.

In a span of four years one is bound to come across several memorable instances be it of parties, hangouts, functions, pranks with friends, working in a group, moments with a special someone but for most of us the day of getting placed remains at the forefront of the stack. For me, it was a day worth remembering by every minute.  Getting placed makes you feel like the purpose of your college journey has finally been fulfilled in real sense. Even today, as the events of the day cross my mind, it seems like some positivity was embedded in every second right from the start of the day or I guess that was the mere effect of receiving what never came within the range of expectation.

Talking about the night before, I was up late which is actually the most usual thing about me is. At that night, for some reasons I found myself reluctant to chat with friends and rather busied myself with communication engineering, a subject which had nothing to do with the company whose interview was due the next day.

Then, coming to the very day this article is all about. As with most of the company, the interview process was preceded by the company presentation which I decided to give a skip. My faith on the fact of not having cleared the first round made me do that.

But then my beautiful morning sleep was disturbed when I got the call of having cleared the first round and thus was asked to rush to the training and placement cell for the interview. The news of getting selected for the final round panicked me because I didn’t have the slightest idea about the company and didn’t revise the required subjects for quite a long time.

Thus, I went to appear for the interview of a super dream company having zero idea about the company profile, job profile and moreover in a complete informal wear as I never expected myself to appear for this interview.

On my way, I remember calling up my parents and some of my friends and informing them of this unexpected turning of events. They wished me luck and I accepted them thinking how futile this would go.

As I waited in the CET hall, I relaxed, bearing the least tension in my mind as I had already accepted the fact that this couldn’t be my catch. I watched people as they were engrossed in their last minute preparations for the interview and I just quietly hoped that I don’t screw it up that bad. Then came the interview. I could feel the effect of zero preparation on my answers, but I went on speaking out whatever came into my mind, not realizing the fact that I sounded fairly confident. Only when I was complimented on the same, I realized that I wasn’t nervous and the probable reason of which goes down to having nil expectation from it. It was a casual conversation with three HRs. I literally enjoyed the hr part of the interview.

As I waited for other’s interview to get over I spoke over the phone to a lot of people with a little anticipation for the result. Looking around at the people around me, at times I found myself wondering what was I even doing there.

Then finally came the time when the result was about to be declared. I can’t recall what was going on in my mind at that time or I guess I was too exhausted to think. Someone whispered to me that I was selected, on which my instant reaction was like “Really??? :o”. That made my heart skip a beat and in no time I got to hear my name being read out from the selected list. I was still in an awestricken state. The reality was too good to be sunk in so soon. Yet, I managed to call my parents to give them the good news. They too gave the same reaction which I had given some time back. Then, started the series of phone calls and messages. On looking around, I could see faces which were either happy or overwhelmed with surprise. I, on the other hand, failed to give any expression as the news wasn’t completely taken in by me. I was just accepting the congratulations.

Then started the celebrations with bashes, attacks with cold-drinks and cakes. It’s nice to see your friends celebrating your success when you yourself are having hard time believing it to be true. It was a perfect day with me waking up at 10, enjoying a good interview session, getting placed in a super dream company and then celebrating it with the all the best buddies. Thus, ended the most memorable day of my life at NITS…