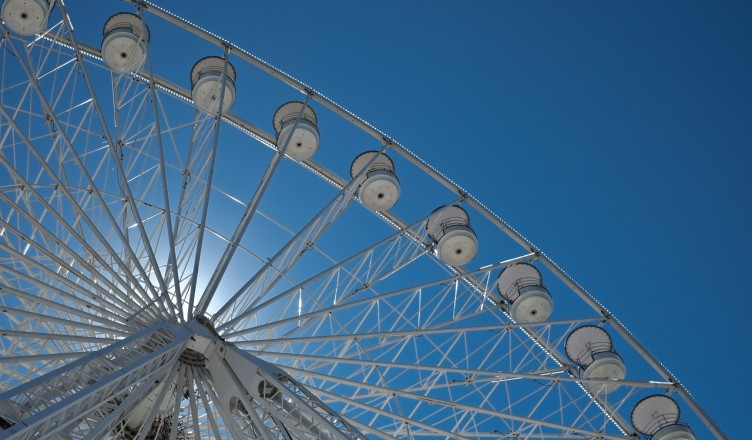 Nostalgia, longing remembrance, reminiscence- put it any way you like! I don’t think any word can aptly describe this feeling, this nostalgia, this longing. Being a kid! Seems ages have passed since then. Though I still feel like a kid at heart, but let’s be honest- Change is the only thing that is constant. Over the years many things have changed- industry, economy, politics, society on a global macro level….And that which has changed in me?? That little kid. School days are said to be the most beautiful and carefree days in a homo sapiens’ life. The excitement of carrying a new water bottle or a new pencil box to school, the pride of wearing new shoes and uniform every new term-the joy is indeed unparalleled.

Every time when I glide into my past, my childhood, I am left with a sweet smile on my face and maybe with a bit of emotional moisture in my eyes. Memories-there are many. But yes, there is a particular one….. A rather scary one which also depicts my carefree attitude back then. Once upon a time back in 2004, there was a lean and thin, but a cool boy who was one of the most mischievous boys in his gang; that boy was me. I used to be a Dennis the menace- swooshing around like the wind, restless and full of enthusiasm and energy. Do you know what happens when you drive too fast? Obviously you meet with an accident usually. If you swoosh too fast, the results are same. Well, something of the same sort happened to me.

It was a sunny summer afternoon. The sun was at its peak, both in terms of its position and the heat rain which it was showering that day; I was enjoying my vacations then. It is still so lucid in my memory! I was sitting and watching T.V when my gang announced its presence by screaming out loud to the top of their voices. Boy! It was cricket time. I grabbed my shoes, packed my kit and went to play. We started playing; I hit a few good shots; missed a lot more- all in all it was awesome. But then, my partner at the other end hit a massive six.

The ball was lost!! Chaos, furor grappled the environment. What are we going to do now?? Buy another ball? Not enough money for that. Unlike today, we used to have little amount of money at that time; and we had already used up the sports quota of the allotted amount for buying tennis balls earlier. What to do now?? Some of the boys went in search of the ball and the rest of us were resting on the ground. One of the audacious boys suggested an idea, a worthless idea at that. There was an auto van standing nearby. He said, “Hey friends! Let’s climb to the top of the van and jump. Let’s see who’s strong and bold enough to do that.” All of us nodded, a bunch of sheers idiots being who we were. One by one everyone started climbing on top of the van and jumped. Though almost everyone was hurt, the fatalities were not very severe-simple cuts and wounds.

Now it was my turn! Very skillfully I climbed up to the top of the van. Everyone boosted up my morale with lots of cheering and applause. One of my mischievous friends shouted, “Hey, jump like superman. Who knows, maybe you would fly.” What happened next was not at all expected by anyone. EVERYONE ELSE JUMPED VERTICALLY, I JUMPED HORIZONTALLY!

And the next moment it was BAM! My face hit hard against the ground and I started bleeding from the nose. Everyone rushed to me to see what had happened. I managed to get up and sat down on a bench nearby. All were worried a lot. I could see fear and tension engulfing them. One was really scared and he asked in a stammered tone, “Are you hurt badly???” I looked up at him, slapped him and said in a furious tone, “I jumped but I couldn’t fly you idiot!” Everyone started laughing. It was hilarious. I got a severe thrashing from my mom after I returned home followed by lots and lots of motherly affection and care. I was hurt, I was bleeding-but even that wound seems so enticing when I think of it now.

TRULY! BEING A CHILD – ITS FABULOUS…