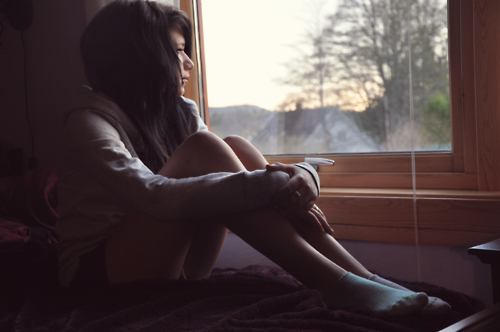 As she completed packing her bags with a kind of inexplicable despair in her heart, she looked around the room where she had spent the past two years. The empty walls which once held some posters now just held the tape marks, the bed which once had too many things stuffed on it now looked unusually tidy, the table and the chair which were rarely used for what it was meant for now looked completely unused. She looked around the room for the last time, savoring in all those bitter-sweet memories of the past. The room which had buzzed with loud music just a few days ago would remain calm for at least a few months to come.

She was used to the messy clutter of the room thus; it was becoming rather difficult to adjust her eyes to the clean emptiness around her. Without much delay she left the room, putting its lock for the last time. She looked at the key-ring which had her name engraved in it. And that brought back the sweet memories of the day when she brought herself that key ring.

She walked across the empty corridor, the same corridor through which she had passed umpteen times without ever realizing that the last walk through it could be this painful.

Then she stepped out of the hostel building only to be greeted by the series of more memories. The half finished badminton court which witnessed the farewell parties, fresher parties, bihu celebrations, saraswati pujas, diwali rangolis now remained unperturbed. She could visualize herself dancing with her friends there, all those music still rang in her ears and she realized she was having a hard time holding back her tears. She looked at the stall and all those blissful evening times flashed across her mind. She realized she was required to leave soon for it would get difficult with every passing second. As she stepped out of the hostel gate, she gave up, allowing tears to roll down her cheeks for she just saw the place which held the most precious memories of the past four years. The place outside the girls hostel which witnessed so many events, hangouts, meetings, gossips, birthday celebrations. She could see the huge hostel gate which had always instilled fear for it always got closed at 7:30pm. But that could never prevent the meetings with friends after the in-time and the birthday celebrations at 00:00. She looked around that every place for one last time which always saw some guys waiting, some couples talking, some exchanging copies &books or some just having a casual conversation.

With a heavy heart and teary eyes she bade her hostel goodbye and started her journey towards a different tomorrow. The following day was going to be different, both for her and Revemaison.